Earlier this spring SIFTMedia and IPMF invited filmmakers to come get to know our friendly regional Public Television Programmers!  We wanted to give Filmmakers the opportunity to learn the in’s and out’s of getting their work on regional & national PBS.

It was a lively and informative event with great feedback.  So much so, Sreedevi Sripathy, Director of Programming and Production at WHYY TV12  decided to have a follow up workshop for those that were in attendance at Public Television 101: A Filmmaker’s Guide to Navigating Public Television from  the Tri-State Area.  As she’s looking to form new relationships with local filmmakers and have an opportunity to provide an overview of WHYY’s current slate of independent short films.

Unfortunately, the day  Public Television Workshop 102  was to be held, September 9, 2021, Sreedevi took ill and could not attend the session.

Despite this unexpected turn of events, a successful workshop was held. Instead of just moderating, Nadine Patterson lead the conversation, imparting some points Sreedevi was looking to express,  but mostly fielding questions from the attendees as Nadine has previous experience getting her work on PBS.

Check out the below Video Excerpts of the Workshop, most noteworthy was Nadine explaining the value of submitting your work and receiving a Letter of Interest from WHYY.  It’s not an ironclad promise they will air your work, but this letter helps open the doors with funders and other production opportunities!

Workshop Facilitator: Nadine Patterson, Independent Producer HipCinema and Co-Founder SIFTMedia 215 Collective worked as the programmer for Through The Lens Four and overall programming at WYBE TV35. She has had several films distributed on public television including “Anna Russell Jones: Praisesong for a Pioneering Spirit” and “Moving with the Dreaming”. She worked as Outreach Producer on BLACK BALLERINA, directed by Fran McElroy which was distributed to over 200 PBS stations via American Public Television (APT).

Attendees of PBS 101 will receive an email invite to Register.  SIFT Members may invite anyone they feel will benefit from the evening. 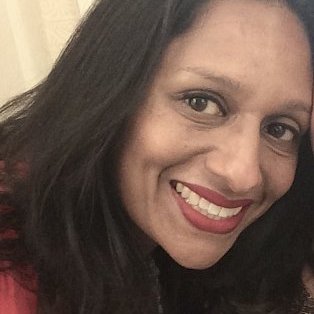 Sreedevi is the Director of Production and Programming WHYY-TV, where she leads efforts to grow the impact of WHYY’s television service on people of the Philadelphia region, in the nation’s fourth largest media market. Previously she worked at the Independent Television Service (ITVS), as the Managing Director of Distribution and Content Management, working with independent filmmakers, public television distributors and digital partners on the distribution of independent documentaries representing underserved voices and audiences. She supported the presentation of the Emmy award winning weekly series Independent Lens on PBS and the international documentary series, Global Voices on the WORLD channel. Sreedevi holds a Bachelor’s Degree in Sociology from the University of California, San Diego.

About SIFTMedia 215 Collective, https://siftmedia215.org/ : The SIFTMedia 215 Collective is a cooperative that centers Black and Latinx women-identified independent media artists who work in the Philadelphia metropolitan area. As filmmakers, we seek to educate ourselves and the wider community by creating socially conscious, culturally relevant work that challenges mainstream narratives and structures. Our mission is to use our collective strength to amplify the work of and create meaningful opportunities for Black and Latinx Women content creators by providing a community of support to share resources, skills, and creative space.

SIFTMedia 215 is support by individual donors and by Independence Public Media Foundaton, https://independencemedia.org/ .